As we approach the General Election and anticipation for the 2021 Legislative Session grows, below are updates from Tallahassee regarding the upcoming session and the Legislative Budget Request process: 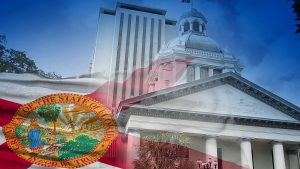 As you all know, the General Election is Tuesday, November 3rd . Florida’s Constitution Article 3, Section 3(a) specifically calls for: “On the fourteenth day

following each general election the legislature shall convene for the exclusive purpose of organization and selection of officers.”  Thus, the Legislature will conduct a Formal Organizational Session on November 17th. Activities that typically occur during a Formal Organizational Session include members being sworn in; chamber and caucus leaders are elected; other chamber officers—such as the clerks of the Senate and House—are selected; if necessary, the hiring of other staff is approved; chamber rules are adopted; session schedules (deadlines) are set; the number of, the names (sometimes, jurisdictions) of and the meeting schedule for committees are established; and if possible, committee chairs and members are appointed.   In addition, chambers often hold orientation programs for new members and new committee chairs.  Sometimes, briefings on the budget, revenue outlook or other major policy issues are presented.

The only thing we know for sure is that there will be a Formal Organizational Session in November according to the Constitution. There are many rumors circulating around Tallahassee that include:

But to be clear, no decisions have been made by incoming leadership, neither the incoming Senate President, Wilton Simpson (Citrus, Hernando, Pasco Counties), nor the incoming House Speaker, Chris Sprowls (Clearwater, Dunedin, Tarpon Springs (northern Pinellas County), as to whether or not there will be a special session or not.  It is all still in up in the air.

That’s the State Board of Education’s time line, but as a reminder below is additional information regarding the Governor’s required timeline and when he will be releasing his budget.  In late October, prior to the release of the Governor’s budget recommendations to the Legislature, the Governor holds at least one public hearing on agency legislative budget requests.  In February, at least 30 days prior the scheduled annual regular session, the Governor shall furnish each senator and representative a cop of his recommended budget and revenues.  Then, no late than 14 days after the Governor submits his recommended budget to the Legislature, the Executive Office of the Governor shall submit to the legislative committees: (1) a recommended appropriations bill, (2) economic impact statement, (3) appropriate staff analyses and supporting materials, and (4) all legislation in bill form that will be necessary to fully implement the Governor’s recommendations. (F.S. 216.164 and 216.166).

Pursuant to Article III, section 3(b) of the Florida Constitution: “A regular session of the legislature shall convene on the first Tuesday after the first Monday in March of each odd-numbered year, and on the second Tuesday after the first Monday in January of each even-numbered year.”  Thus, the 2021 session will begin on Tuesday, March 2, 2021. The last day of Regular Session will be April 30, 2021 – Sine Die.