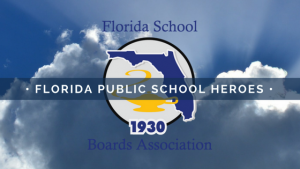 Time and time again, when natural disasters or crises occur, our public school family places helping others in front of helping themselves and their families.

The recognition of Florida Public School Hero is one simple way for Florida School Boards and communities to honor their local heroes.  Submit your #FLPublicSchoolHeroes HERE.

Read about her recognition and Hurricane Irma research HERE 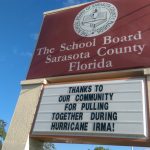 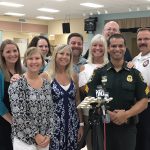 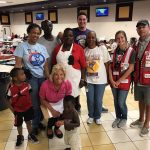 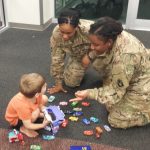 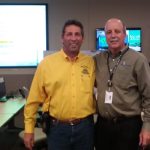 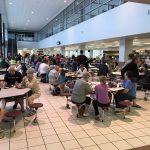 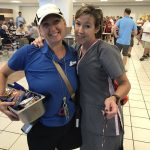 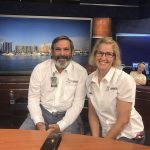 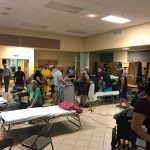 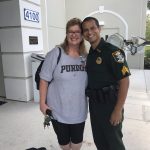 Basis for Submittal:
Volusia County Schools opened 24 schools as shelters, which were fully staffed and managed by school- and district-based employees.  They provided round-the-clock service, and sacrificed time away from their own homes and families to ensure the comfort and safety of our guests during the storm. Running the shelters required a high-level of effort and coordination from our staff, with hundreds of important decisions being made throughout the event.  These dedicated employees were true professionals, ensuring thousands of people who sought shelter from the storm were safe, welcomed and comfortable. We thank all the staff who worked tirelessly before, during and after the storm who made a difference in our community.

When the storm winds began to impact Volusia County, we saw power begin to fail.  At two of our special needs shelters, Creekside and Atlantic, the generators failed to start in the manner in which they are designed.  During this time the men mentioned above did the following to ensure that there would be no loss of life associated with power failure:

Rob Brinson and Ron Young each spoke by phone to the FMTs at each school calmly walking them through the steps of reconnecting and starting the generators.  These FMTs were outside in the pouring rain and howling winds trying to listen to the directions and take the necessary steps to get the generators started.  Watching and listening to Rob and Ron problem solve and speak calmly during this very stressful time was necessary in order to enable the FMTs to perform admirably in a time of danger.

When the generator at Atlantic still failed to start, Ron Young and Greg Akin took it upon themselves to load a portable generator into a trailer to transport to Atlantic.  These two gentlemen were willing to risk their own lives in order to ensure the needs of our shelterees were addressed.  At the point at which they were about to begin their travel, the generator at Atlantic came on and their travel became unnecessary.

During this entire time, none of our shelterees were aware of the potential risks and threats due to the calmness and steadfast work of the heroes mentioned.

Basis for Submittal:
Karen, monitored all systems while power was being restored and was a critical component to our Field technicians success in confirming Internet access and wireless capabilities were back online.  She performed most of this work at DAC with no AC and continued to monitor throughout the evening in preparation for the following day.

Susan, although feeling quite ill and in great pain, was called upon to report to various sites for ‘backup’ and immediately dropped everything at home to comply.  Without concern for her property and road conditions, she made it to each school within the hour she was called and was requested to switch sites (Turie T. to Heritage) upon arrival.

SWC
staff that works in the kitchen to provide the meals