Report: Arts Education Across the States

You are here:
In the NewsNational 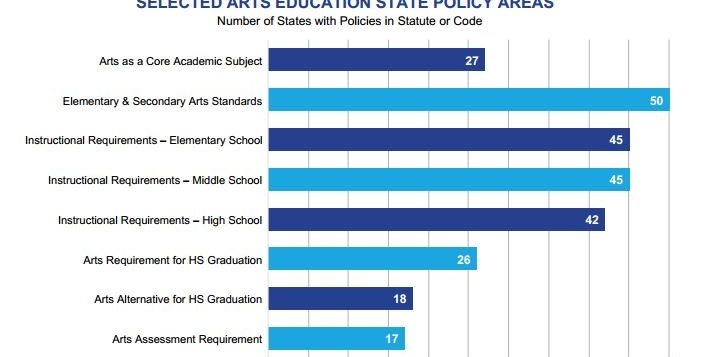 Forty-one states now have instructional requirements for arts education at all levels (elementary, middle, and high school), though only 17 states have policies regarding assessment in the subject, according to a new report by the Arts Education Partnership, a part of the Council of Chief State School Officers.

The group released an updated version of its annual analysis of state policies regarding arts education this week.  The other notable findings include:

Thank you for sharing!
Categories: In the News, NationalBy fsbawpMarch 27, 2014
Tags: National